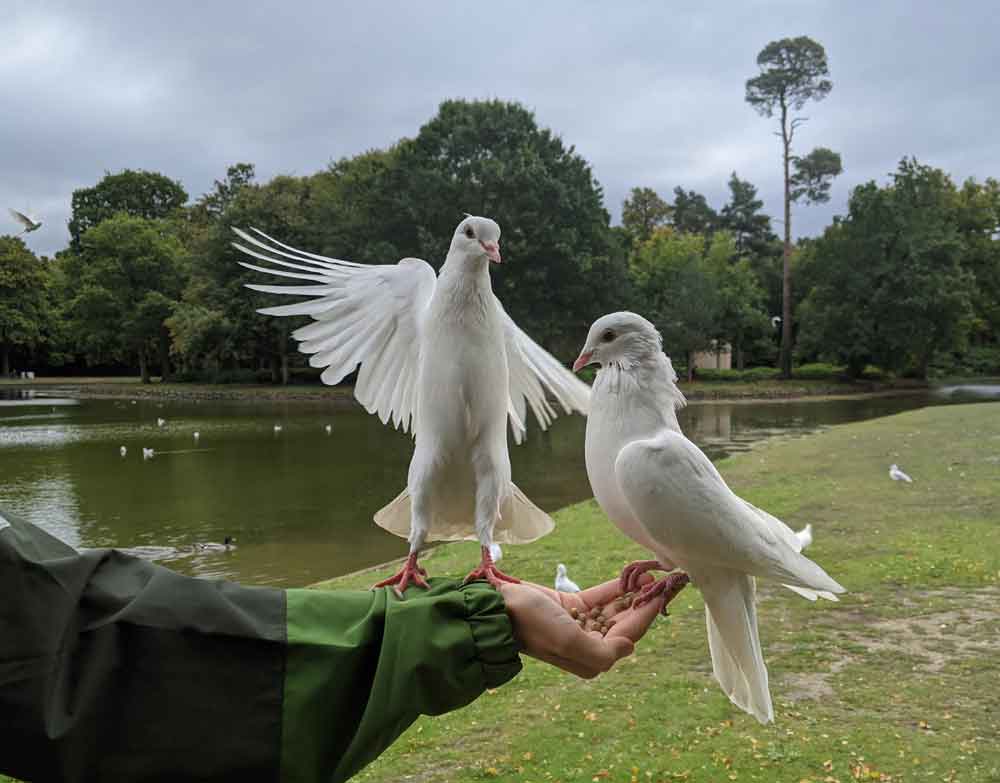 Claremont Landscape Garden is an 18th century garden on the outskirts of Esher, Surrey in South East England.  Originally a pleasure ground for royals and dignitaries, it is now the property of the National Trust and open to all.  With superb views and plenty to explore, it makes a great day out for families.  Find out how we got on during our family visit to Claremont Gardens.

Built in 1715, National Trust Landscape Gardens originally belonged to Claremont House and were very formal.  Charles Bridgeman designed the landscape gardens to rival the other grand gardens of Europe, so were amongst the finest at the time.

Nowadays, Claremont House is a private school and closed to the public.  However,  Claremont Gardens is now one of the best National Trust attractions near Esher. The gardens are very family-friendly and perfect for a day out with kids.

On arrival, the path leads straight to the focal point of Claremont Landscape Gardens, the beautiful serpentine lake.  With a backdrop of trees and a romantic island in the centre, this lake really is stunning.

As the centre piece of the gardens, the lake adds a very idyllic feel to the place.  As we approached, we were greeted by a very gorgeous black swan with a red bill.

The serpentine lake is one of many features added in the 1930s to the original grounds at Claremont Gardens.  The intention was to make the gardens less formal.  Garden fashion had changed since its initial design in the 1920s and there was a penchant for more natural outside settings.

With its new in vogue style, Claremont Landscape Gardens was extremely popular with royalty and new features were added to create more interest.

Our visit to Claremont Gardens started with a climb up the path of Steep Hill.  This took us up the left side to the site of Princess Charlotte’s mausoleum.

Princess Charlotte had lived at the house with her new husband, Prince Léopold, in 1816 until her untimely death a year later.  She had intended to build a tea house on the site, but after her premature death Prince Leopold transformed the area into a memorial for her.

Today, the mausoleum site is a perfect viewpoint, overlooking a 3-acre turf amphitheatre and the lake.

Royal landscape gardener Charles Bridgeman designed this amphitheatre for the Duke of Newcastle in 1716.  In its heyday it was an immensely popular feature.  Nowadays, it’s Grade-1 listed and remains one of the biggest of its kind in Europe.

Continuing uphill, we passed the nine-pin skittle alley, before arriving at the Belvedere Tower.  The National Trust don’t actually own the tower, so we continued to the Camellia Terrace.

As it was autumn, the bushes were not in flower.  However, we could see the recently restored 19th Century railings.

Having reached the top of the gardens, we returned on a different path towards the lake.  Here there are several sculptures of wild animals.

We also stumbled across the thatched cottage in a woodland clearing and embarked on a game of Capture the Base. (National Trust had set up a series of challenges around the grounds for kids to take part in.)

Reaching the other side of the lake, we now had a better view of the summer house on the island and the grotto at the side of the lake.  Although it wasn’t a sunny day, the reflection of the trees in the water looked fantastic.

Heading up some steep steps through a wooded area, we followed some signs for Badger’s Basecamp.

Badger’s Basecamp is a wooden play area and trim trail in the woods. We stopped for a little play and then headed back down to the furthest side of the lake.

This play area is for slightly older children, as it is not very accessible for buggies or toddlers.

However at the base of the steps you return to the lake and will find a lovely little play zone for the toddlers just before the café.

And this is where we met the birds!  Egyptian geese, Canada geese, doves, and a few we didn’t recognise.  They were all extremely friendly.

Fortunately, we met a mum and toddler feeding the birds with some specialist geese feed.  She kindly gave us some grain and before long we were extremely popular with our feathered friends.

Well, with everyone except the seagulls, who were looking very disgruntled at being pushed out.

Finally, having fully explored the gardens we headed to the National Trust café for a pit stop. The Claremont Gardens café has a good selection of teas, coffee, pastries and a few hot food choices.  The café has plenty of outdoor seating.

A visit to Claremont Gardens is a great family day out if you’re looking for things to do in Esher.  Although, with only 49 acres, it is not particularly big, there are still plenty of trees to climb and areas to explore.  It’s also very easy to socially distance.

Admission is free to National Trust Members.  Prices for non-members can be found here.

Getting to Claremont Gardens

Claremont Garden is on the Portsmouth Road on the outskirts of Esher in Surrey.  It is easily accessible via the A3 and M25.

The postcode for Claremont Landscape Garden is KT10 9JG.

The nearest train station is Esher, which is about 2 miles from the gardens.  You can get a 715 bus from the station, which goes directly to the gardens.

Trains run regularly from London Waterloo and Portsmouth to Esher.

Dogs are allowed on short leads from 1st October to 30th April.

Have you been on a visit to Claremont Gardens yet?  Please feel free to comment below.

Pin for later:  A family visit to Claremont Gardens, Surrey

Autumn walks in Surrey with kids